Inspiration in the form of a shirt

So I had this tee shirt. It was made by a company called Lip Service. I was very familiar with the company and had been enjoying their clothes for many years. They tended to be stylish, but not the most comfortable. But this one was different. It was my favorite t-shirt... ever. It was everything no other t-shirt in my experience was. It was soft and light weight and seemed to have no ink on it at all, but it had a cool picture. I used to wear it and wonder...

This is a close up of the print on the Lip Service shirt: 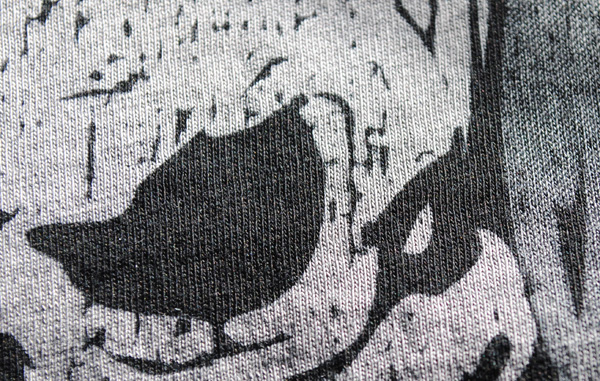 Then I bought this hoodie. Hmm. More mystery! A closeup of the print on the back of the hoodie: 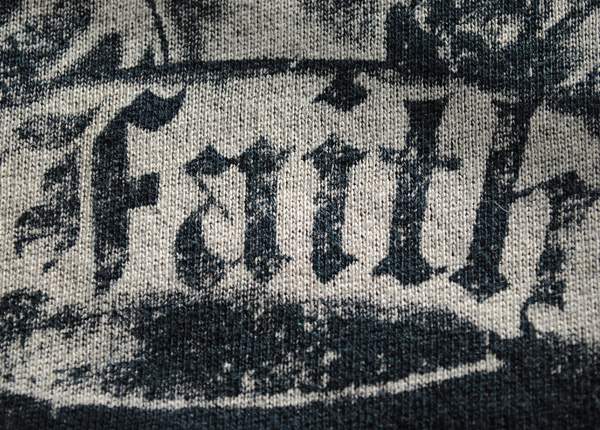 You can see from these photos that the print is very different than the plastic ink that coats a t-shirt and sits on top of the fabric. I've never liked the feel of that plastic ink (plastisol). What the heck was this miracle of style and comfort? Of course, it was all just aimless curiosity until Freddy and I began discussing a silk screen business. At that point I had to KNOW. Because that’s what I wanted to do. Make people’s favorite shirts.

Well, you know, everything can be found on the internet (you found this blog didn’t you?) but it isn’t always easy. It was a long, circuitous route to the information I sought. And even then, I didn’t know for sure until I tried screen printing with the inks I had found. I found these two first:

We tried the Holdens Discharge Ink from Standard Screen (in Red) first, on some black shirts for a band we are friends with. We had the screen made for us at Standard from a computer file I sent them. Working in Freddy’s basement. we screened up a batch of shirts and discharged them with a heat gun.

The way discharge ink works is this: You pour out as much ink as you think you will need into a mixing container, we use a plastic cup. You weigh it with a digital scale and mix in 10% (by weight) of the activator powder. Once you mix the discharge ink, it's only good for a few hours. They say up to 8 hours, but we notice a drop off in quality after 4. You silk screen the ink onto the shirts and before it dries, you heat it to about 300-350 degrees with a heat source that blows hot air (we used a heat gun to begin with though now we have a forced air flash dryer). You can see the print change color as the ink discharges the dye in the shirt. It gets brighter. Once you have discharged the print, the shirt is done and the ink is dry, though it has an unpleasant smell until you wash it or air it out.

The ink is water based so you can thin it with water if it gets too thick, you can use propylene glycol to slow down the drying time and you have to be careful not to let the ink dry in the screen, which means working quickly and being sure to back flood your screen with a good coating of ink. (More about back flooding in my next post.)

Here's Freddy preparing to print the red discharge ink we got. I had carefully mixed it with the activator: 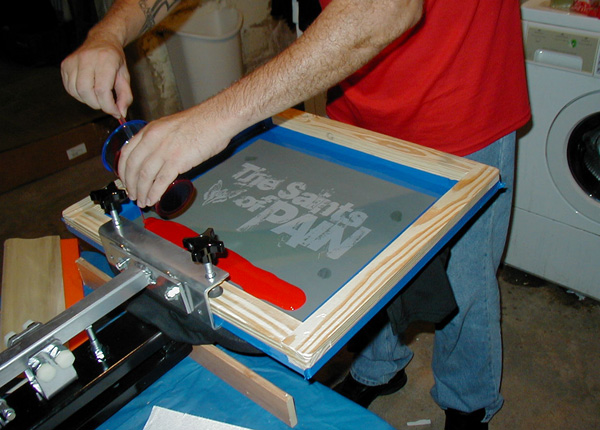 JayJay discharging the shirts with a heat gun: 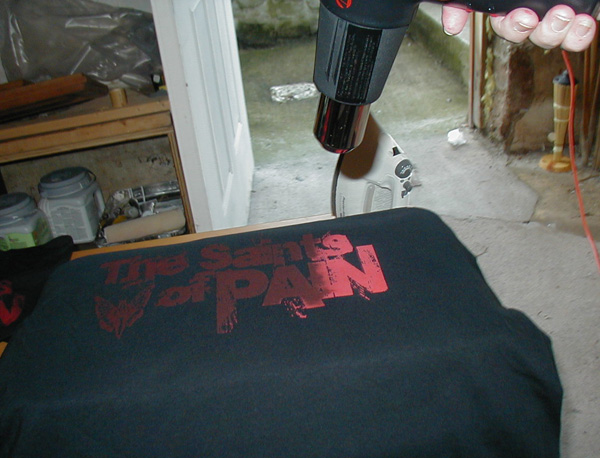 And we wore them to the show that night! And delivered our first screen printing job! Even if the shirts were a little smelly from the ink. 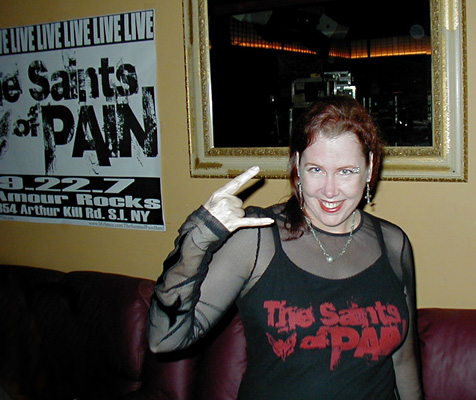 Off to a great start!

And here's a closeup I just took of one of those shirts after 3 years of wearing and washing: 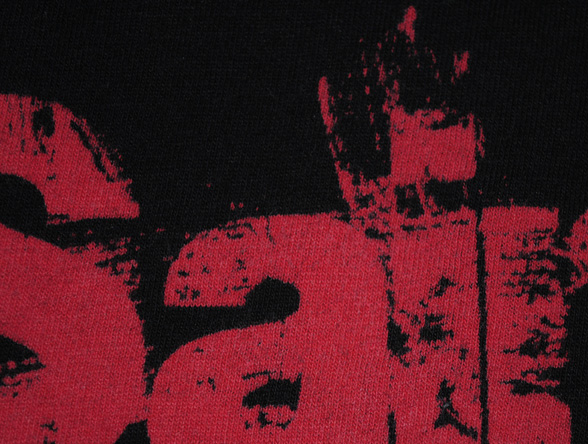 Next: Dharma’s Discharge Paste Color Remover or Our Chemical Romance
Posted by JayJayJackson at 8:14 PM